The Sevierville Christmas parade was held on Saturday morning at 11:00a.m. through downtown. After a terrible week with the wildfires in the county,  it was cheering to see a sign of normalcy and tradition in the parade. I met friends at Courthouse Donuts downtown for coffee and a big window view of the street to watch for the beginning of the event. 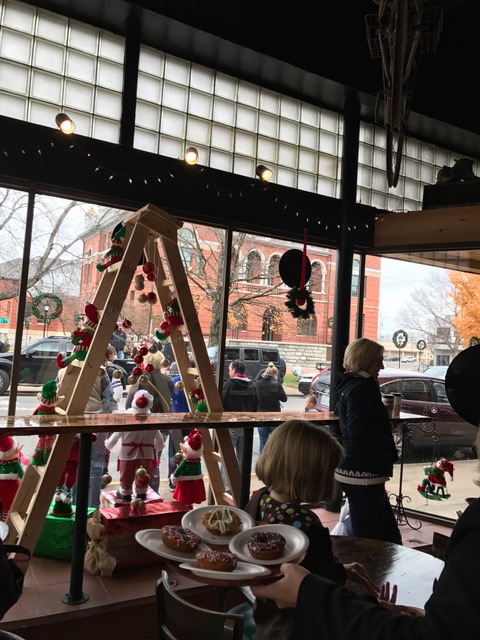 It was cozy inside with the courthouse just in view.

People were lining up for these as we waited so I was able to snap a picture.

A nice crowd was gathering at the intersection and ready to see the parade.

It takes a little while to leave the staging area at FBC, go down the parkway, then turn down Court Avenue, but you get plenty of warning when the procession is heading your way. We were ready to cheer them on.

First in line were the fire trucks and first responders. Well deserved applause from the crowd.

Here is a one minute video clip of the beginning of the parade. 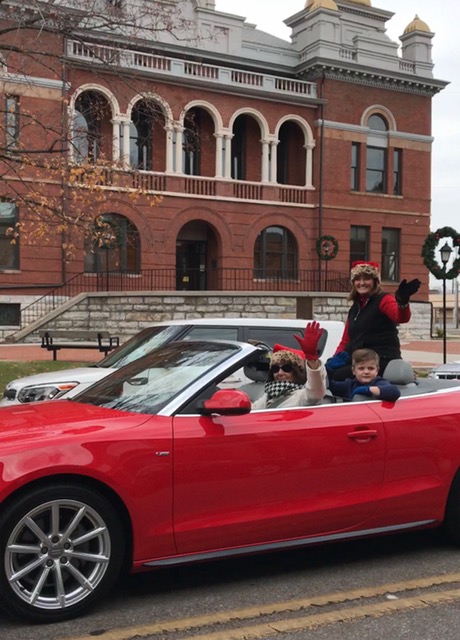 Here is a 25 second video clip of the Grand Marshall.

Chamber of Commerce and community leaders.

Here is a one minute video clip of community leaders, peanut butter collection, and the Sevier County High School Band.

If it is a parade, then you have to have majorettes! 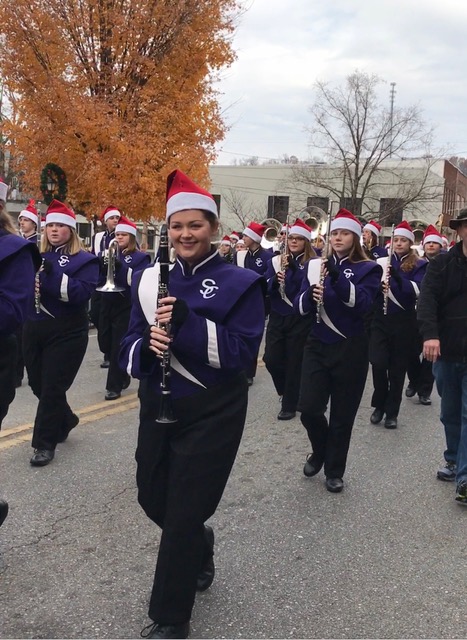 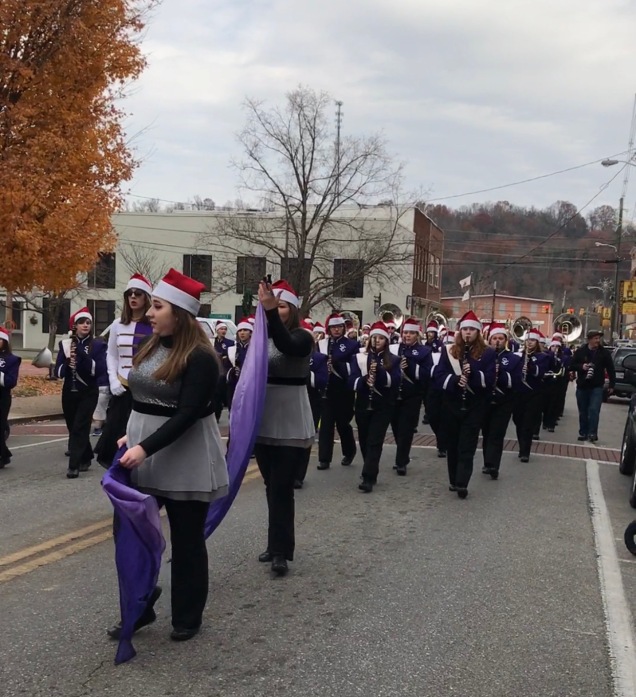 Every parade must have beauty queens! 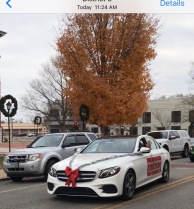 A line of festive Benzes.

Here is a video of the scouts procession.

If you have a dog with you then you have a good chance of being in this blog.

Love the horses with reindeer antlers. So pretty!

We were especially amused by the pest control company float with these two unexpected Christmas guests, pictures above. Love the kid in the middle!

There were a number of church floats reminding us of the reason for the season.

For some reason, my camera didn’t snap the ultimate parade unit—Santa! I have borrowed a photo from artist, Bev Guinn Jones, who owns Two Coyotes Studio on Court Avenue. She took some photos of the parade from her upstairs studio window. She is letting me use the one she took of Santa here. Thanks, Bev! 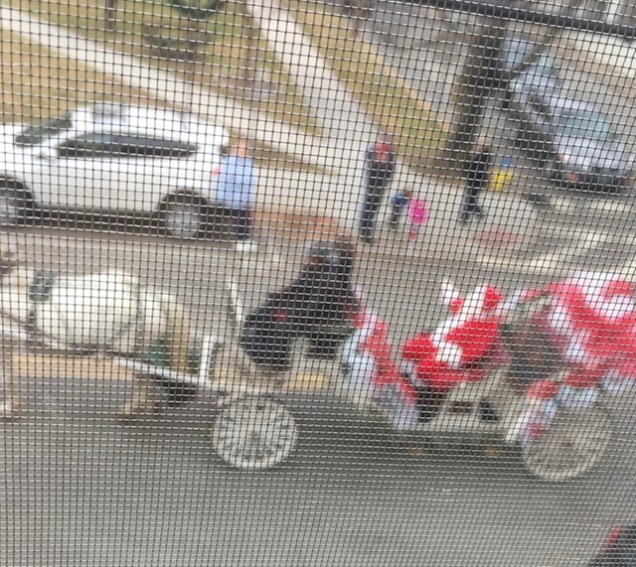 Kids were excited!  Mr. Claus was riding in a nice carriage with a beautiful white horse. If you took a good picture of Santa, send it to me and I’ll edit and insert it below.

There were too many pictures to use in this story. To see more of your kids, friends, and neighbors in the parade, go to the blog Facebook page for pictures. Click this link now.