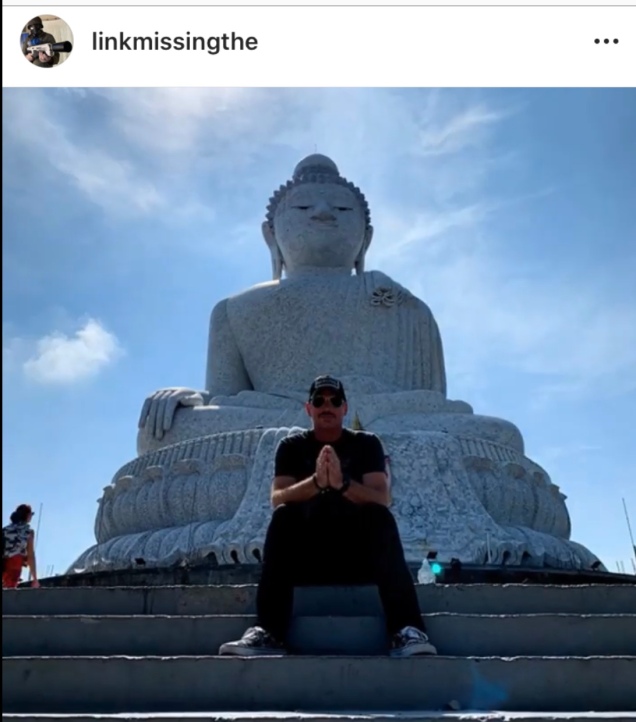 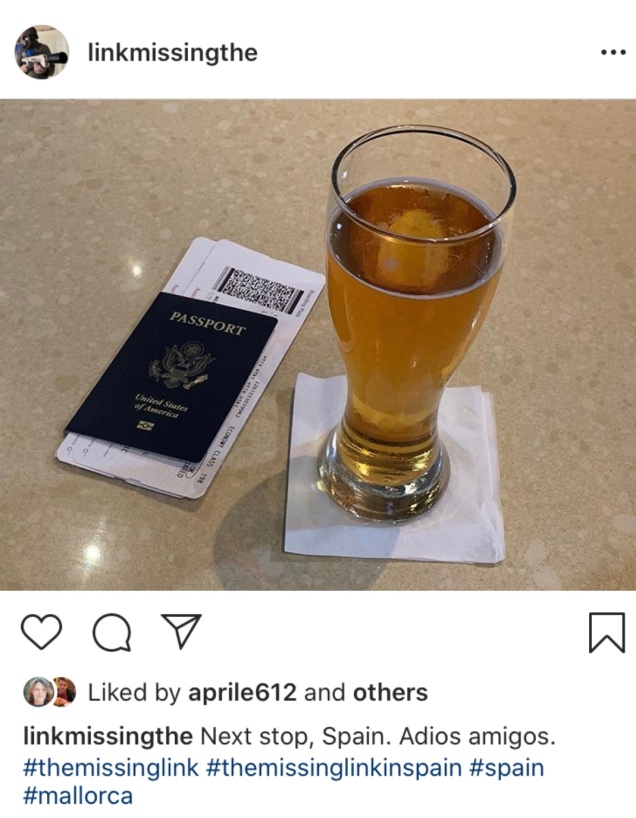 There are interesting people from Sevierville, but I would put this person near the top of the list. If you enjoy travel, television, photography, and exotic locales then follow this SCHS grad for some amazing adventures on both sides of the silver screen. 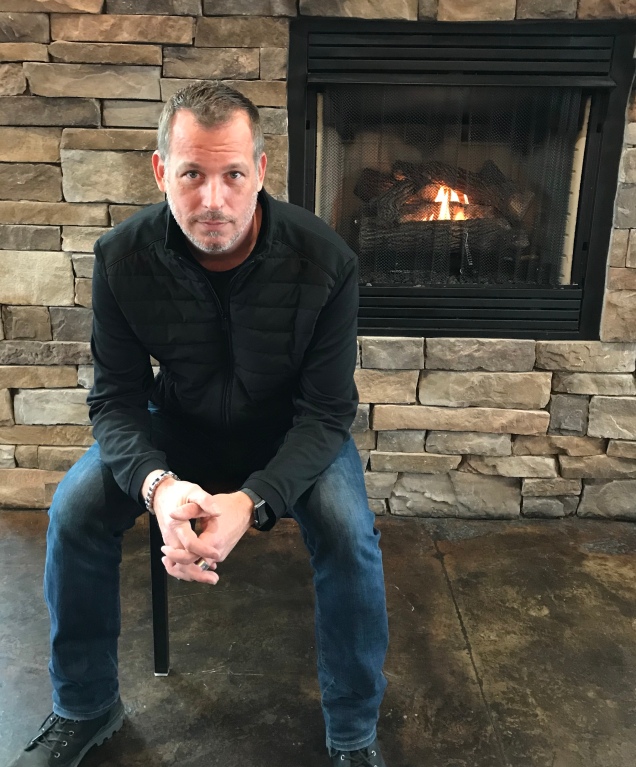 Over Christmas break, I had an opportunity to catch up with an old friend who has relocated to Los Angles for work. Jared Link graduated from Sevier County High School and moved to find a career in show business. What a great interview!

Jared has given me permission to share some of his tales and social media photos in this story.

We met at SMS Espresso in December to catch up. ( They have the best skim lattes!)

Jared is so lucky that he has a job that requires travel and beautiful locales! I am envious!

Here is how it started…

Jared took drama classes at Sevier County High School with Sheley Rose and performed skits for his Spanish teacher on several occasions, including a state Spanish Feria competition. After graduation, Jared really ‘caught the acting bug’ and wanted to try his luck so he moved to Los Angeles to look for roles.

Over the years, Jared served as an ‘extra’ in various productions:

Story!     Jared played ‘Ivan the Terrorist’ in 24 and got to punch Keifer Sutherland. He felt bad about it, but Sutherland wanted it to look realistic so he asked him to punch hard. Later, Jared walked by Dennis Hopper ( also starring in that production) who asked Jared if he punched Keifer hard. When Jared affirmed it was a hard punch, Hopper smiled, slowly nodded, and replied, “Gooooood.”

To keep working, Jared took a job as a ‘gofer’ for the Fear Factor reality TV show. Soon, he started doing camera work and was noticed because it did not bother him to shoot the gross scenes during production. The directors called him to shoot more seasons; consequently, Jared served in higher positions with each production.

Fear Factor started on NBC and then moved to MTV so Jared saw versions for both networks and worked with both hosts, Joe Rogan and Ludacris.

After Fear Factor was cancelled, the directors respected Jared’s technical skills so he continued filming reality shows such as Wipeout. In that wacky show, he served as a specialty camera man and worked the robotic cameras. Jared was amused by the show and told me that the water was really cold! 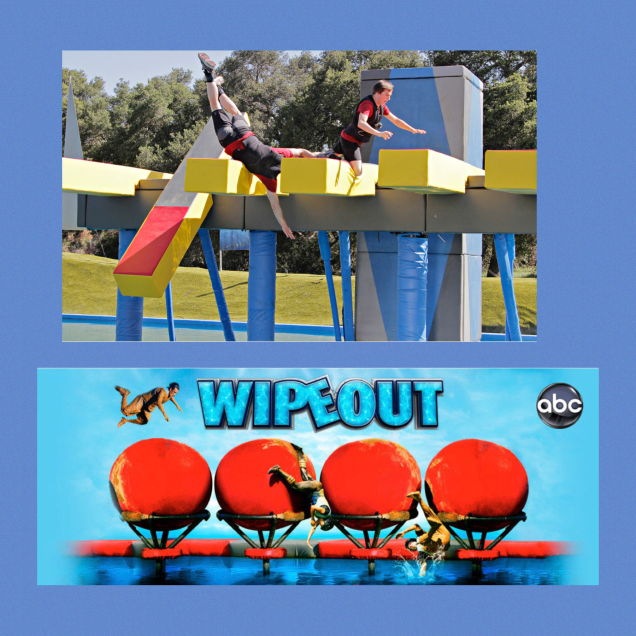 Directors knew Jared so they kept hiring him for more camera work on shows such as:

When possible, Jared kept auditioning for acting jobs and landed more roles. He worked on a reality show called “Kicking and Screaming”  in Fiji and another one with the Rock / Dwayne Johnson called “The Hero” which was shot in Panama.

However, Jared’s camera skills had also expanded to drone cameras so his work was highly valued with directors who needed overhead shots in beautiful locations.

Soon, Jared started working on some of my favorite shows on Bravo: Below Deck, Below Deck Mediterranean and Below Deck Sailing Yacht. It is a lot of work, but these jobs gave Jared an opportunity to travel to locations such as France, Thailand, Greece, and Spain.

These shows follow yacht crews and the wealthy clients who book vacations in some of the most stunning scenery in the world. These Bravo shows feature beautiful water, views, stunning sunsets, and anything that you would like to eat or drink while enjoying your time on board. It is a feast for the eyes and senses! 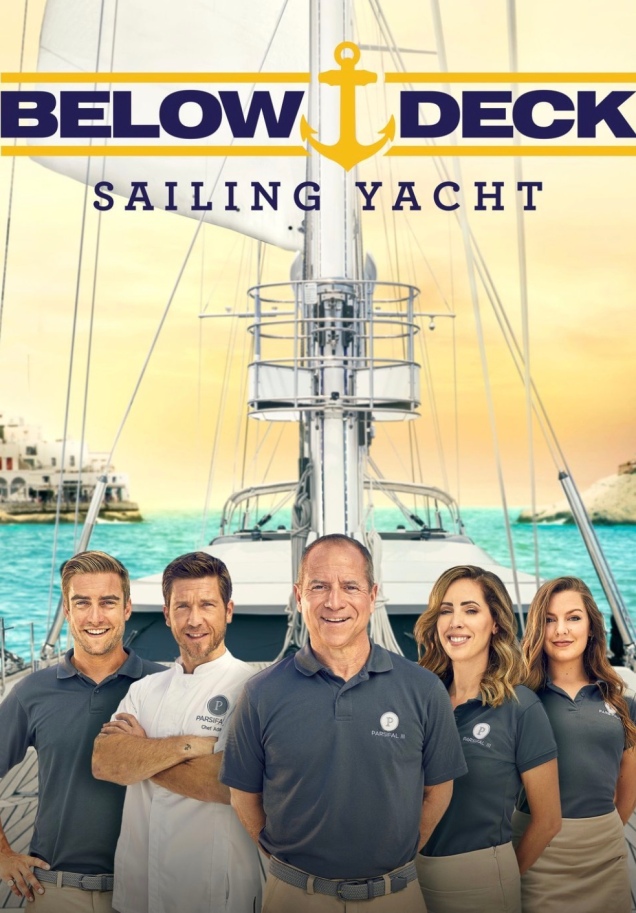 If you enjoy travel, only one episode will get you hooked on Below Deck Sailing Yacht! It  quickly became a hit showing a different type of sailing experience with Corfu, Greece as the background. The season is ending soon so catch the last episode on Bravo. 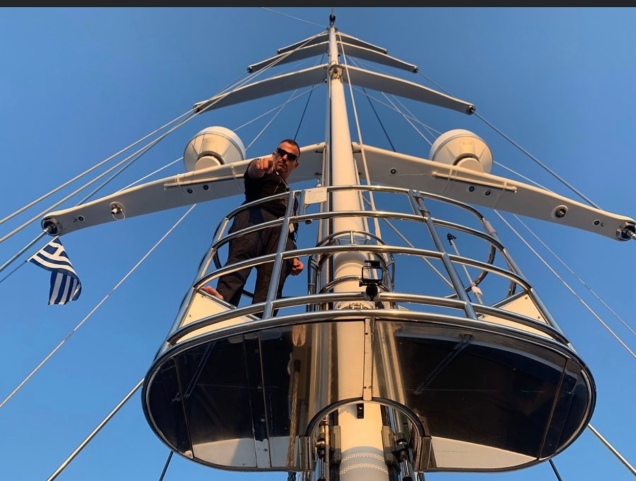 For this production, Jared works with 20 cameras that film action on the yacht, following the guests and crew. Camera work is on land and sea.  He generally works evenings from 3:00 p.m. to early morning hours.

This new franchise films an 180 ft sailing yacht based in Corfu, Greece. Excitement builds when they raise the huge sails and use the wind for power. The photo above shows the steep tilt that sometimes happens aboard when they set sail. These are some of the exciting moments on “Below Deck Sailing Yacht.”  I would be clutching a rail for sure! 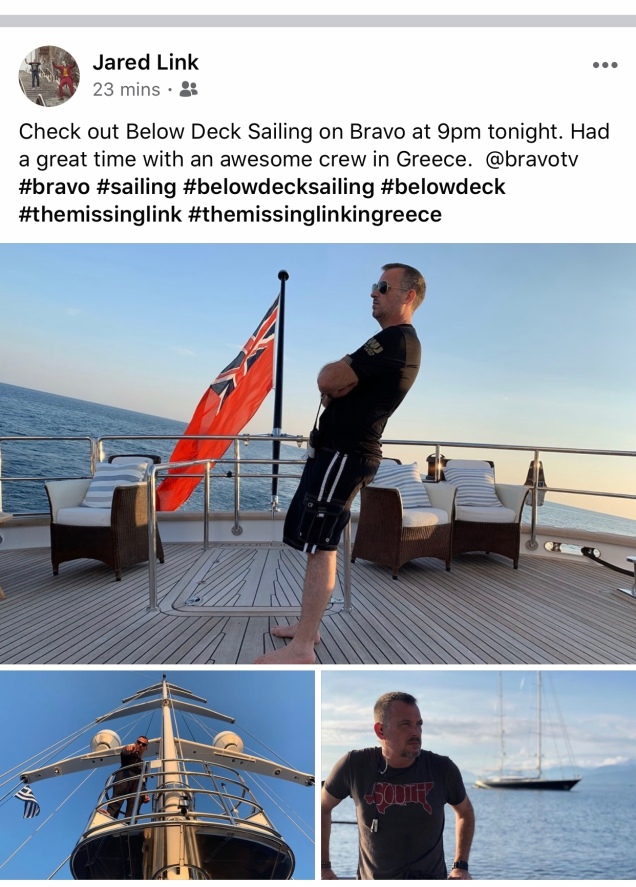 After a show is finished, production crew are allowed to post photos of their location and memories. Before then, it is top secret! 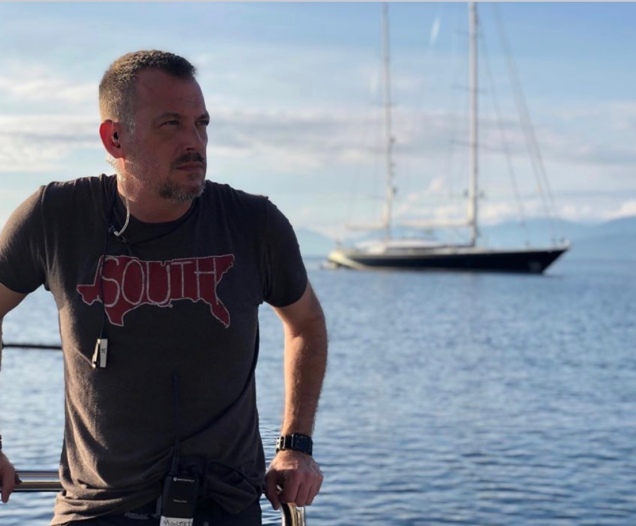 What a wonderful view and work place!

Down time allows moments to see the sights and visit nearby towns. 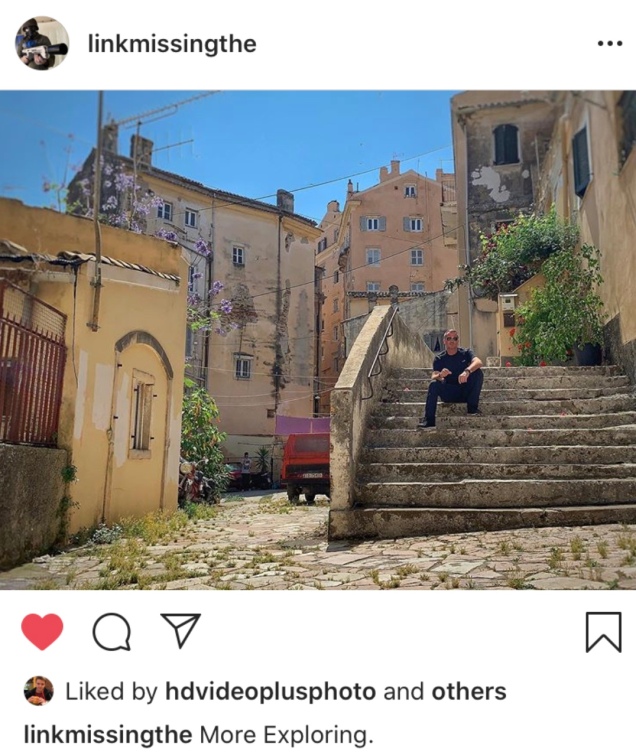 Jared lived in the Smoky Mountains for years so he visits his parents when he has time off. He enjoyed being home over the Christmas holidays, which allowed us to catch up.

As we finished our visit, I learned something special about Jared that I did not realize before. While a high school student, Jared wrote a short story for his Junior English class and presented it to his teacher, Melinda Derrick. The story was called “Christopher’s Tree.” Later, Jared’s father, local musician, Malcolm Link, expanded on the story and had it illustrated by local artist Andrea Wilson. Malcolm printed several copies and surprised Jared with the book. This is not typical for high school students to write a book when just assigned a story. To my surprise, Jared presented me with a copy during our meeting and I was delighted. Such creativity!

This is a picture of the book cover, illustrated by local artist Andrea Wilson.

As our meeting grew to a close, I got to ask Jared questions about the Bravo shows, photography, and drone cameras. Here, he is showing me some tricks on his Apple watch.

Sevierville is a small town, but there are many talented people who start here. Sevier County High School has also graduated many a fine young person who has gone on to do amazing things, this is clearly a success story. Jared Link still intends to pursue acting and more traveling abroad so stay tuned for more tinseltown stories.

Jared has advice for those who are wondering what to do with their lives. “People think that you need college, but I learned from doing things ‘hands on.’ Follow your dream and have a good attitude.” Indeed, it could be said at every graduation.

“Dare to live the life that you always wanted.”