At the first Dairy Queen promotion last week (for free Blizzards for a year) we learned of another one for this week: free combo meals for a year. The requirement was to be one of the first 100 people to buy a cake at 6:00 a.m. Were there many people in line? Here is what I saw when I arrived at 5:58 a.m. 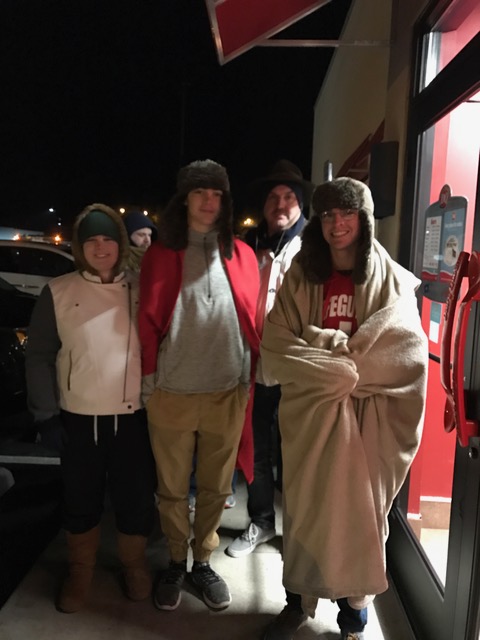 The first people in line appeared to be a family and were in great spirits having had little sleep during the evening. I barely got there in time to ask their arrival time in line because the door would open in two minutes. They said that they arrived at 3:15 a.m. to be first at the door. In addition, each one bought a cake; thus each member receives two combo meals per month for a year. This was a good way to maximize waiting time together. I asked if they had a big freezer to which the father responded that he had organized it the night before and there was plenty of room for 4 cakes. Well done!

No one was behind me for several minutes. 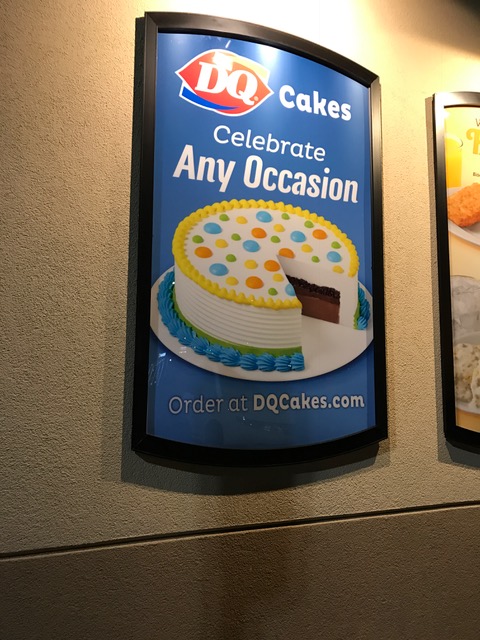 The line movement forward slowed down after a while because they had to bring more cakes from the kitchen. I noticed that Reese’s Peanut Butter Cup cakes were very popular.

I chose a cake for my work colleagues called Chocolate Extreme. 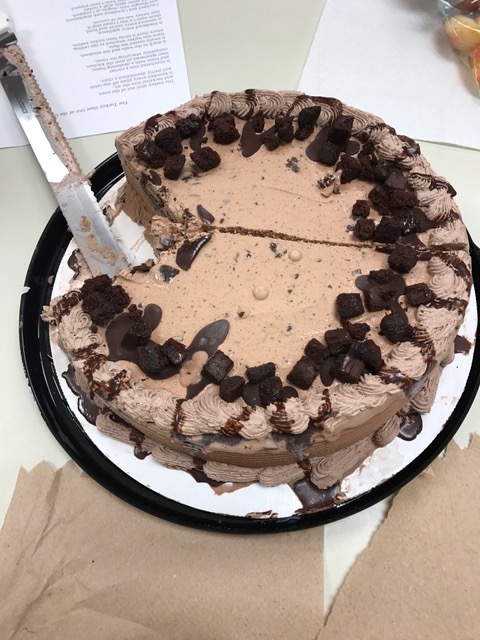 However, next time I’ll have to remember to bring little bowls for serving.

If you want to know what the ticket looks like then here is a picture of it. Who will be my friend in January? I’ll be ready to go!

It wasn’t a bad way to spend 38 minutes out and about in Sevierville.