There are several things/ people that I would consider ‘national treasures’ in this area. We would probably name the same things. However, I discovered a place doing special work with a special resident that would also qualify as a national treasure. Follow along as Paula and I visited the American Eagle Foundation last week. 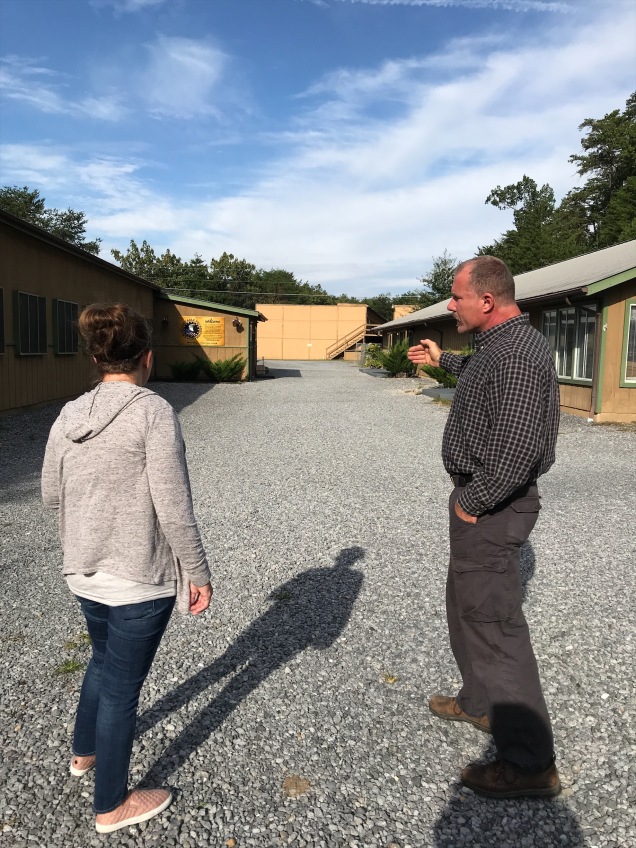 I was very excited about the possibility of this story and had planned it since August so when Paula and arrived at the American Eagle Foundation last week, I knew that it was going to be a great morning. We took Veterans Drive past Dollywood then used the GPS to find our way this location. We had made our appointment with Spencer, Chief Operations Officer for the organization, and arrived promptly at 10:00 a.m. This is the time for tours so plan ahead for a day when you can visit in the morning. Here is a link to the webpage:

Paula and I were given a tour of the building that houses raptors, birds of prey, that have been injured and unable to live in the wild for now—or ever. The picture above shows the a long, open ended hallway that can be opened in warm weather or closed during cooler times. You can see the rooms where each bird has individual space and a nice perch. They are able to fly and exercise in the long hallway when the doors are closed during bad weather.

We got a nice tour inside the main building. The picture above shows a list of names of each bird.

Please read the highlighted sentence above! We were amazed by the story of this vulture named Cujo. He somehow got separated from the nest and mother when he was young. Children found him, but did not recognize him as a vulture because he was so little so they played with him and spent time with him. Later, he came to live here at the American Eagle Foundation due to the human ‘imprint.’ We learned from Spencer that vultures are quite social and interesting creatures—quite surprising to us.

There was one bird that we waited to see with great anticipation: Challenger the Eagle.

You may know of Challenger already from TV or may have seen videos on social media due to his flights in stadiums and special events. Go to this link to see a stirring example of his work and background. https://www.facebook.com/ChallengerTheEagle/videos/1657535654512538/

There are even more videos and all will make you feel inspired. https://www.facebook.com/ChallengerTheEagle/videos/1643971809202256/

Here is the Facebook page for the organization. https://www.facebook.com/AmericanEagleFoundation

It was time to exercise Challenger so we stood still and quiet, waiting in anticipation. Whistles and a treat are used to help with training.

It was breathtaking to see an American Bald Eagle in flight from such a close proximity.

Here is a video of the flight.

The glove on which the birds land is impressive with all of the wear and tear.

He is a handsome bird. 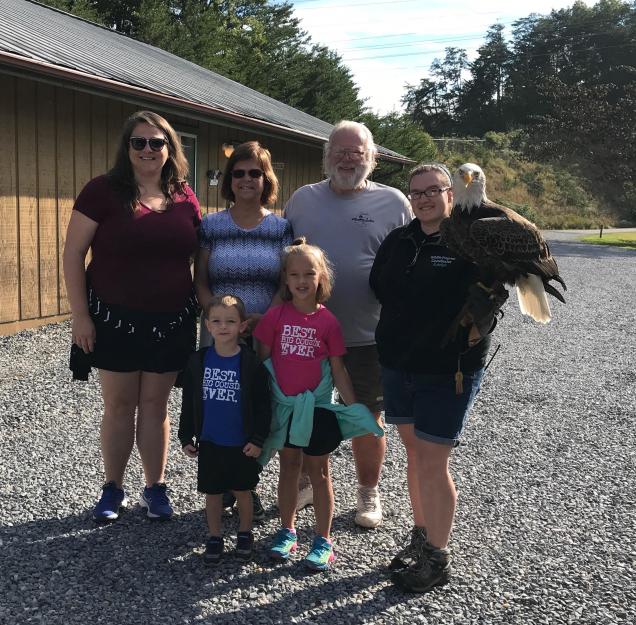 A second tour was going on with a family from Indiana.

This picture is here because the volunteers often see free flying eagles, hawks, and other raptors flying above the trees just watching and listening to their fellow species living below at the foundation. They just ‘hang out’ a while then go on their way.

Next, we walked through a gated, protective outdoor area for the birds. I don’t know very much about raptors so the information was fascinating. Spencer explained about food, life spans, habits, and habitats. Most interesting were the personalities of particular birds and how they interact with humans and the volunteers now. We were spellbound.

My friend Danyelle will want to see the owls. So pretty.

Our other favorite bird turned out to be a vulture. Yes, I said a vulture. We met Cujo, who was found playing with some children in Sevierville. He was active and animated. We heard him make a noise like a puppy. A little  ‘ruff’ sound. Who knew that vultures could be so social and interesting?

Our excitement lasted the duration of the tour. We truly enjoyed all the stories and history of the birds and appreciated the efforts of the American Eagle Foundation to preserve them. Their mission is conservation, rehabilitation, and protection. Some day, they hope to reach out to schools and other groups with live streaming lessons and activities.

The American Bald Eagle is iconic in American symbolism and patriotism. The bird is also referenced several times in the Bible so it will elicit deep feelings within when you witness one up close. To see an eagle fly can be a moving experience.

As we drove home, Paula and I were excited and thinking of when we could visit again in the future. We were well impressed with the facility, the birds, and the work of the foundation. In addition, we could not stop talking about seeing the flight of the eagle. It was an unforgettable tour. With the American Eagle Foundation, and Challenger the Eagle, it is clear that we have a two national treasures in our midst. 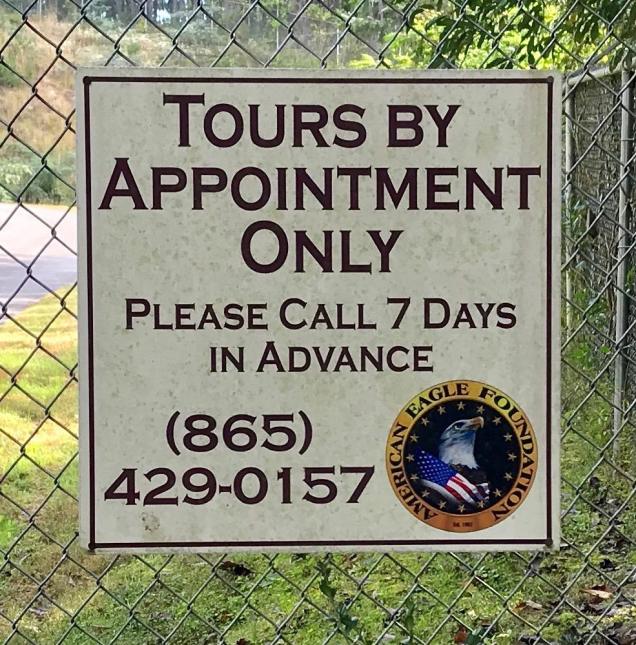 With that, we leave you with a last video of Challenger flying high.