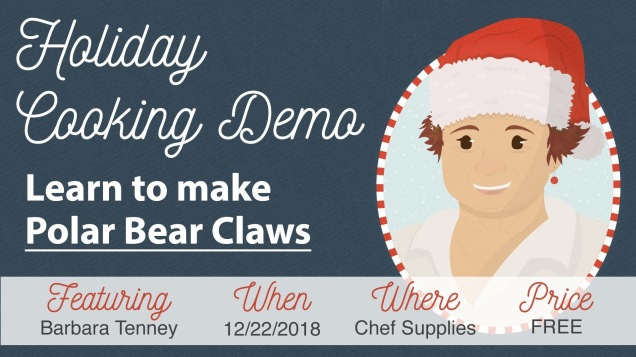 It was the last holiday candy demo of 2018 at KaTom so I was looking forward to the Polar Bear Claws at KaTom with local celebrity chef, Barbara Tenney. I was running a few minutes late, but was lucky to find a seat at the counter with some more Tenney fans. Here is a pictorial tour of the Polar Bear Claws demo. 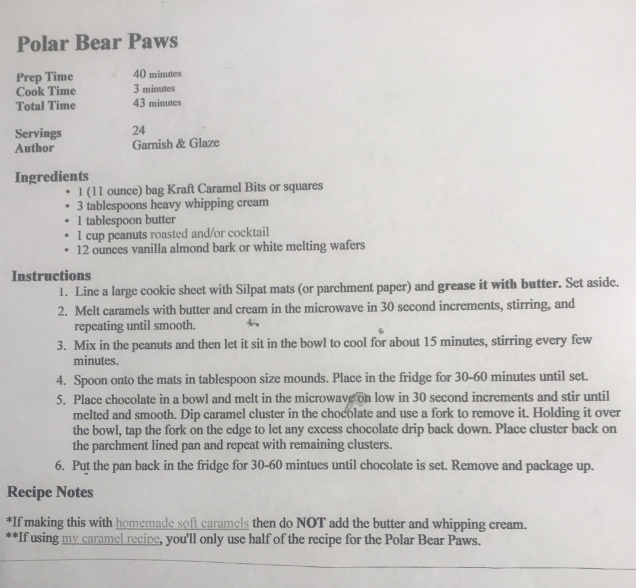 First of all, you can buy Polar Bear Claws, but they are a little pricey. However, you can follow a recipe and make it yourself more economically. 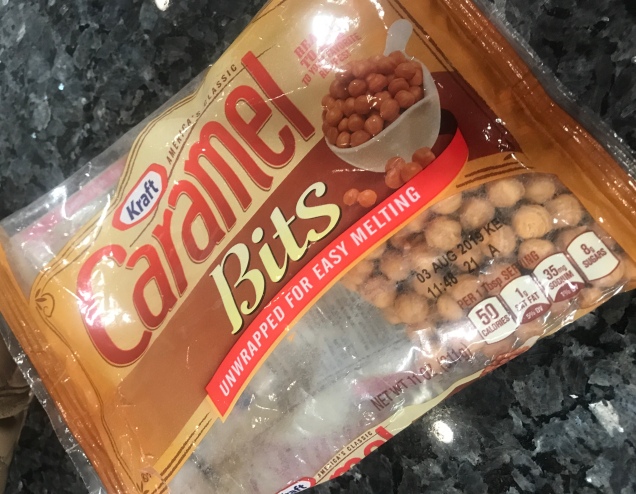 You can find a bag of caramel bits at Wal-mart or other food stores. I had never seen them before, but noted how much quicker they may melt in a pan. This is a good tip.

Melt white chocolate wafers rather than chocolate itself because you will not need to use paraffin in the recipe.

Melt the caramel and peanuts for the main part of the candy.

Next, dip into the white chocolate mixture. 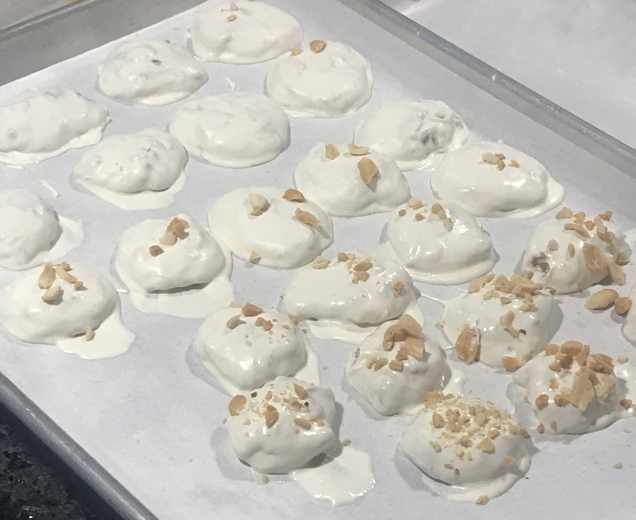 We added crushed peanuts on top and it added a salty, savory flavor. I usually do not like white chocolate, but these Polar Bear Claws were very good! Someone said that the taste reminded them of a Zero Bar.

Hands on helpers are always welcome in the Saturday KaTom kitchen.

We have enjoyed the candy demos and making new friends. These are Barbara Tenney’s new fans. It was sweet fun!

I would like to see more demos in January and February. Maybe breakfast or brunch items? Soups and more! KaTom cooking classes are a fun way to be out and about in Sevierville.